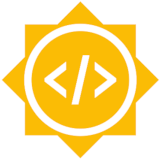 The big data infrastructures are mostly built on the Java virtual machine ecosystem, most notably in Java and Scala.

The Gentoo Java Project has done a good job laying out the framework of the Java ecosystem in Gentoo. At the same time, there are still thousands of useful Java packages to be packaged and maintained. The project will parse the metadata of maven packages and automatically write ebuilds compatible with the Java build system used in Gentoo. We are going to set up and maintain an automatically updated maven overlay every Gentoo user can use. The overlay will at least contain spark and hadoop. We aim to make Gentoo an attractive choice for data scientists, Java developers, users and big data system administrators.

The Android custom ROM development has been based on cross-compilation and flashing whole partitions. This paradigm has been serving well for the embedded system developments. But as the performance of personal mobile devices boost, it becomes feasible and desirable to introduce package management like personal computers. In addition, with the introduction of Project Treble in Android 8.0 Oreo, device drivers are managed separately, opening more possibilities of operating system customization. Package manangement will make software installation and update reliable, reproducible, incremental and convienent.

This project aims to introduce Gentoo's prestiges package manager, portage, to manage Android software stack. Taking KirenaHoro's work as the starting point, you are going to develop a framework to drive the AOSP/LineageOS build system into a set of portage ebuilds.

In addition, this project targets an update of Project:Android to work from within an Android app without rooting the device, to offer Gentoo to diverted audience and ease the adoption of GNU userlands on Android devices. For this part, a normal (unrooted, bootlocked phone) is sufficient. Bumping and upstreaming gentooandroid.sf.net's patches to bootstrap-prefix.sh and in $PORTDIR is a possible pathway. A suggested list of progressive steps would be to make bootstrap-prefix.sh work on a gentoo box, after removing : /usr/bin/python at step 1, /tmp at step 2, /etc/passwd at step 3. Step 4 would be to target Termux on vanilla Android that lacks /bin/sh, step 5 to take out /usr/bin/perl for LaTeX, step 6 /dev/tty for Xvfb.

Gentoo portage is driving the build system of Google Chromebooks thanks to its flexibility and power. However, portage and other Gentoo tools are invisible to end-users because portage is only used to cross compile and build the filesystem image. The resulting image does not have portage or toolchain, and becomes a feature-limited ChromeOS compared to a standard Gentoo system. ChromiumOS, the community counterpart of ChromeOS, is an open operating system that is straightforward to build and hack. In this project, we will make a full-featured Gentoo-like ChromiumOS combining the innovative Chromebook experience with flexibility of portage and software packages from Gentoo.

The old binary package format used by Gentoo has a few deficiencies (see motivation on GLEP 78). The goal would be to implement support for a better format in Portage (alongside compatibility support for old binary packages). This can either be the format suggested by GLEP 78, Exherbo-alike format using .ebuild files or any other format designed by the student.

Redox is a brand new operating system written in rust, it provides a libc implementation that works both on Linux and on the Redox kernel.

This project aims to be able to have a x86_64-unknown-linux-relibc stage3 produced and pave the way to have portage available to the Redox operating system itself.

In order to apply on top of the normal Gentoo requirement of fixing an open issue and/or send a pull request, it is required to propose a fix or an improvement on the redox gitlab.

eclean-kernel is a tool to clean up old kernel versions and related files. However, the original tool turned out to be quite buggy and making too many assumptions. I've started a redesign into modular eclean-kernel2 but it was never finished or feature-complete, and choice of C++ was probably a big mistake.

The idea is to either update or rewrite eclean-kernel, fix all the major bugs, extend support to more architectures and support more systems (bootloaders, /boot layouts). My suggestion would be to take eclean-kernel and start modifying it to match the design of eclean-kernel2 while keeping it in Python. However, it's up to the student to decide whether to start from scratch or on top of one of the existing projects, whether to use Python or something else and what final design to use.

Gentoo sandbox is a cheap hack that aims to detect when ebuilds are accessing locations they aren't supposed to reach. It is implemented as LD_PRELOAD library which generally makes it a bit of a hack. It is imperfect, sometimes requires hacks to stop breaking other software and sometimes need to be plain disabled.

I've proposed in the past to reimplement it as a overlay-alike filesystem using FUSE but never found time to work on it. The idea is rather simple — create a basic FUSE filesystem that wraps access to the root filesystem, add access control on top of it, add IPC to make it possible to edit access lists dynamically. Integrate everything into Portage, so it can be used in place of old sandbox.

Our best proposals, and a significant proportion of our total acceptances every year, come from student-initiated ideas rather than those suggested by Gentoo developers. We highly encourage you to suggest your own idea based on what you think would make Gentoo a better distribution. If you do so, we strongly recommend you work with a potential mentor to develop your idea before proposing it formally. You can find a potential mentor by contacting alicef/lu_zero/Bircoph or via discussion on the gentoo-soc mailing list or #gentoo-soc IRC channel.