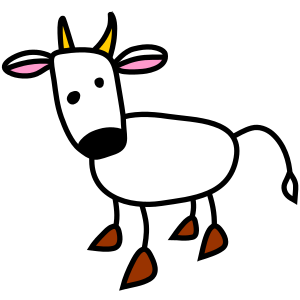 Larry the Cow is one of Gentoo's unofficial mascots. He was first unveiled on the Gentoo Forums by a user called Nefarius.

Why is Larry an unofficial mascot? Great question!

Here on the wiki the occasional use of Larry's name can be used as a substitute when needed.

Using Larry's name for this purpose is beneficial for a few reasons:

For example, for style points and to help Larry feel included, the gpasswd command could be used with Larry's name and an example group instead of simply <user> and <group>:

Both could work. One method is not better than the other. But the latter method gets more style points.

In the past there have been controversies over Larry the Cow's title. Since Larry is a male (he has no udders) he should properly be called "Larry the Bull". A bug was filed for this inconsistency, however it was decided to take no action. The Gentoo community lives and must live with the results.