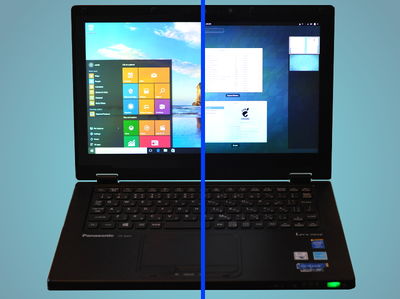 CF-AX3 Ultrabook, Running Windows 10 / Gentoo Linux
Warning
31 Oct 2020: sadly, due to legal obligations arising from a recent change in my 'real world' job, I must announce I am standing down as maintainer of this guide with immediate effect (for more background, please see my post here).

While I will be leaving this guide up for now (for historical interest, and because it may still be of use to others), I can no longer recommend that you install a new Gentoo system using it. Instead, please follow the standard Gentoo Handbook flow.

Similarly, if you are already running a system installed via these instructions, while it should continue to work for some time, you should now take steps to migrate to a standard, Handbook-based approach, since the underlying sakaki-tools repo, and provided tools such as buildkernel, will also no longer be actively supported.